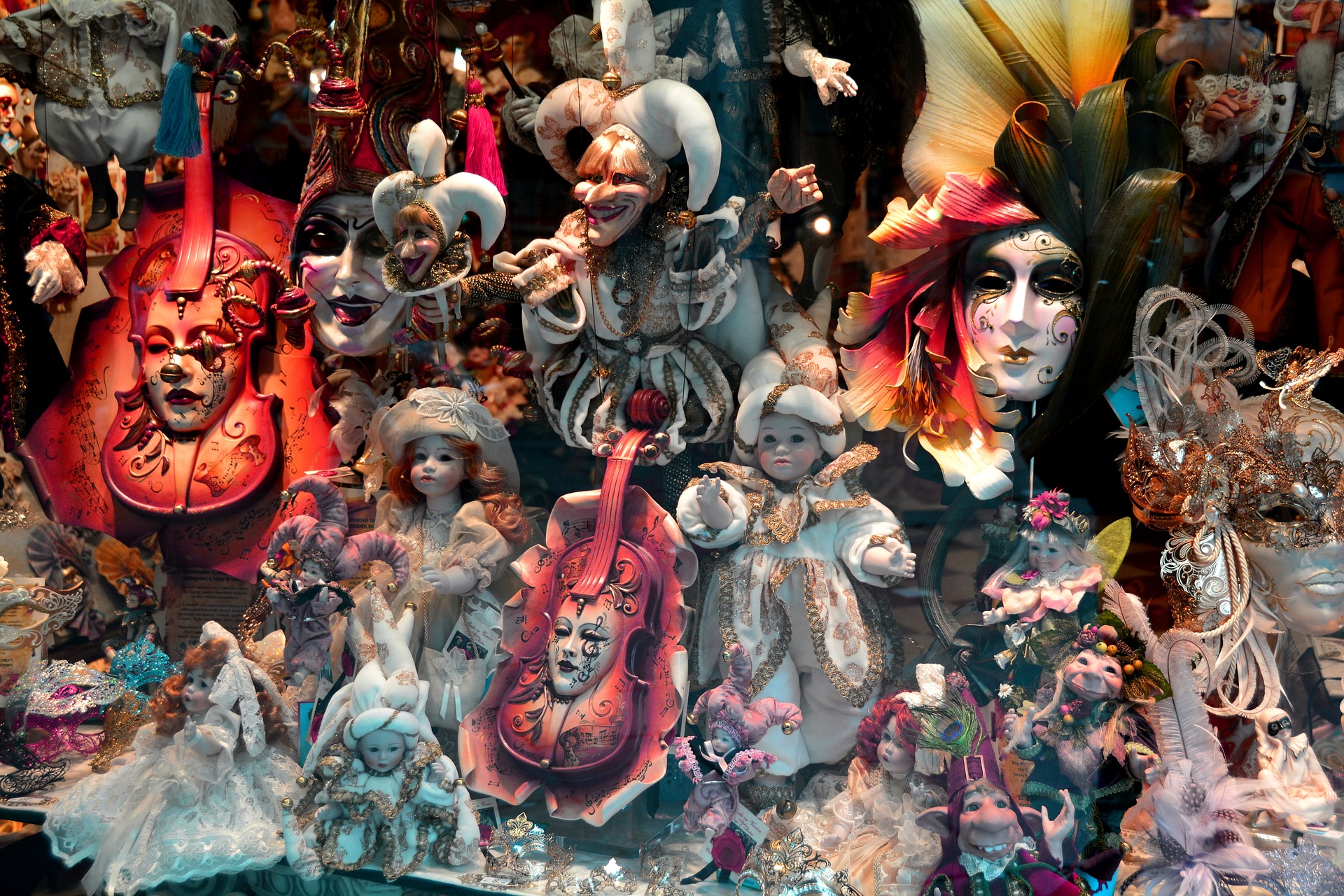 The masks of Venice Carnival: Pulcinella

The most important festival of the year for the city of Venice is coming: the Carnival. Let’s find out more about the history of the mask of Pulcinella. Pulcinella is probably the most popular and ancient mask, emblem of Naples and its people, including all the contradictions.

The mask has really ancient origins, dating back to the theatre of the ancient Rome, but the actor Silvio Fiorillo officially invents it with the Commedia dell’arte. The mask is based on the Puccio D’Aniello, a farmer with a sun-tanned face and a long nose, portrayed by the painter Annibali Caracci. But Antonio Petito is going to define the modern costume: Pulcinella wears a big and white tunic tied at the waist by a black belt, which is kept low on a pair of white and big trousers, completed by black shoes. The mask is black with a hooked nose that defines the piercing tone of the voice.

Pulcinella plays the role of the servant is always hungry and willing to do whatever like lying or hurting to get a dish of macaroni. Pulcinella is a dualistic figure: he embodies the couples man-woman, city-countryside, comic-tragic, stupid-clever and the pagan-Christian culture of Naples. Enjoy the festivity, we are waiting for you!

Take a look at our menu!

by falcianivenice / in Cooking-eng / Comments Off on The masks of Venice Carnival: Pulcinella Read more